Please see the video for today's activity. I have also included a PowerPoint format as well for if you prefer this.

Apostrophes of contraction and possession 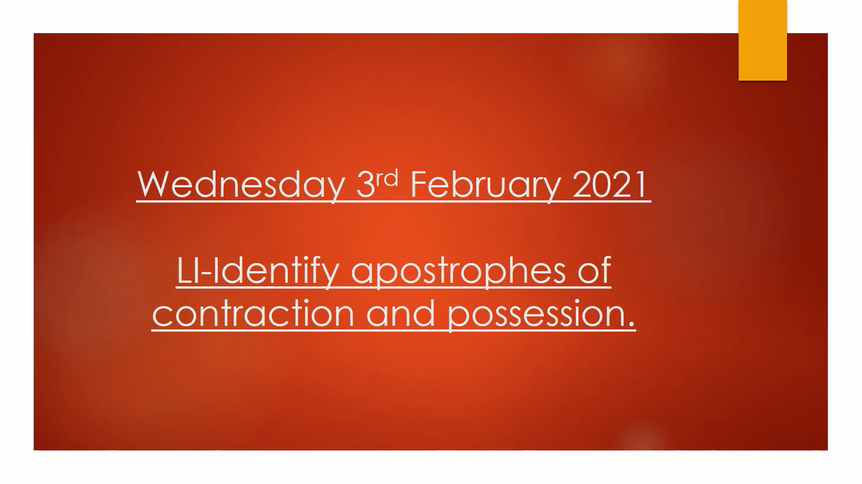 Keywords and definitions to help you in today's lesson:

An apostrophe can be used to show that one thing belongs to or is connected to something. This is called a possessive apostrophe.

Let's take a look at some examples.

The cat's tail was fluffy.

There is one cat so you need to add an apostrophe and "s" to show that the tail belongs to the cat.

Charles is one person whose name ends in an "s", so you need to add an apostrophe after the ''s'' to show that the cat belongs to Charles.

The brothers' feet were muddy.

There is more than one brother and the word brother ends in an "s" so you don't add another "s" after your apostrophe. You can just add an apostrophe to show the feet belongs to the brothers.

The children's toys were broken.

There is more than one child involved but when you write children, it doesn't end with an "s" so you need to add an apostrophe and "s" to show that the toys belong to the children.

These are shortened forms of words from which one or more letters have been taken out. E.g. He's a naughty wolf. He's has been shortened from He is.